Although every call that the Search & Rescue responds to impacts the safety and welfare of the victim, there are certain calls where without the Search & Rescue's involvement the victim likely would have perished. The Summit County Sheriff recognizes the members involved in a lifesaving situation with the Summit County Sheriff's Office Life Saving Commendation. The commendation is "Awarded for an act performed in the line of duty, which through disregard of personal safety or prompt and alert action, results in saving a life." Two searches in 2011 resulted in the awarding of Life Saving Commendations. The first was a search for a man who had become lost on the Wasatch National Forest. The man spent one night out, was wet and did not have a fire. When he was located by searchers who had hiked approximately five miles in, he was immobile and likely would not have survived another night. The second search for which the commendation was awarded occurred in a forested area of Summit County. A man was snowmobiling alone when his snowmobile became stuck and the man lost. He was able to make cell phone contact and advise an acquaintance that he was lost and stuck. Despite the severe winter storm that was battering the area; the Search & Rescue responded and was able to locate the man. When located, the man had walked away from his snowmobile, was hypothermic and likely would not have survived until morning.

The following individuals were awarded the Life Saving Commendation for their efforts in locating both victims. 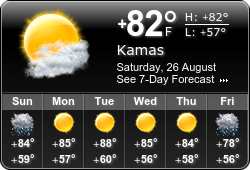